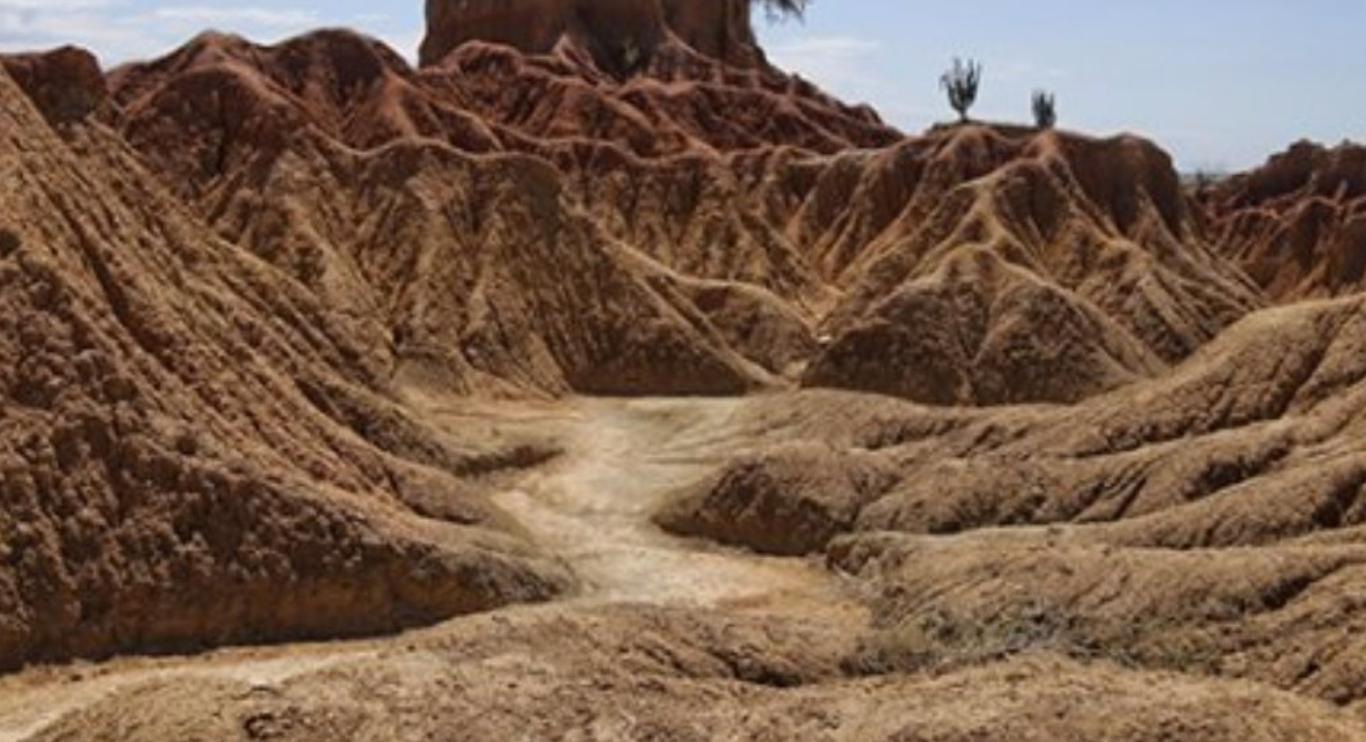 According to an investigation by Catalina Suárez, a geologist at the National University of Colombia and a doctor in Paleontology at the University of La Plata (Argentina), the Tatacoa desert, in the departments of Tolima and Huila, could once have been a forest rich in biodiversity.

According to the characterization made by the researcher in the area, disseminated by the National University, it is possible that thousands or millions of years ago there were crustaceans, mammals, reptiles, amphibians, birds and fish that, together with terrestrial and aquatic planes , “formed a food web made up of herbivores, carnivores, detritivores and omnivores, at the top of which were super-predatory reptiles that dominated the rivers and jungles”.

The fossil remains found in that area, as well as in the vicinity of the upper valley of the Magdalena River, were named ‘La Venta fauna’, and are very useful for understanding the ancestry of various vertebrate animals in South America. The area also concentrates the largest number of recognized species corresponding to the Neogene era.

Suarez’s research, along with Jorge Moreno and Kevin Jiménez, is compiled in the book ‘ Long ago: A Paleontological Journey Illustrated by Colombia’, by  the Alexander von Humboldt Institute and the Smithsonian Institute for Tropical Research.

The study, details the Unal in its communication, “involved, among other methodologies, aleobiology, which is based on the analysis of bones or teeth through morphology, to make reconstructions of environment and climate, in addition to characterizing what they ate animals back then, through the leaves you can interpret atmosphere and reconstruct the entire environment of the Miocene epoch.”