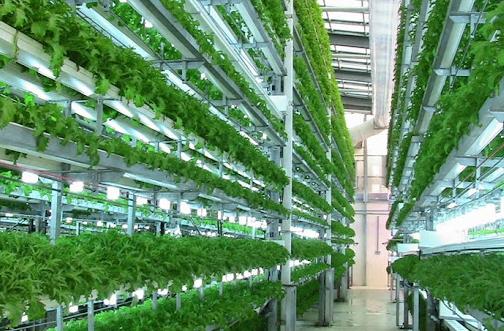 The American company AeroFarms has announced a partnership with the Chilean producer and distributor of Hortifrut berries.

As part of a multi-year partnership, the companies will research and develop the production of blueberries and other berries under controlled agriculture (CEA) conditions, including vertical farms, The Spoon writes.

Until now, AeroFarms has been primarily known for growing leafy greens and herbs on its commercial vertical farms on the east coast of the United States.

Blueberries, as well as blackberries, raspberries, etc. the berries differ from the crops usual for AeroFarms They are somewhat unique in vertical farming. More common in this regard is strawberries.

The first phase of the partnership between the two companies is underway. Blueberry seedlings will arrive at AeroFarms this spring. It notes that Hortifrut has developed “compact blueberry seedlings ideal for vertical farming,” and AeroFarms has tweaked its patented technology for growing berries.

While the companies are keen to commercialize this growing process, they have not named any time frame for consumers to see vertically grown blueberries or raspberries on store shelves.

The first phase of the partnership is probably more about experimenting and evaluating the possibility of growing such products using vertical farms.

By the way, berries and fruits on vertical farms are still the exception rather than the rule when it comes to crops.