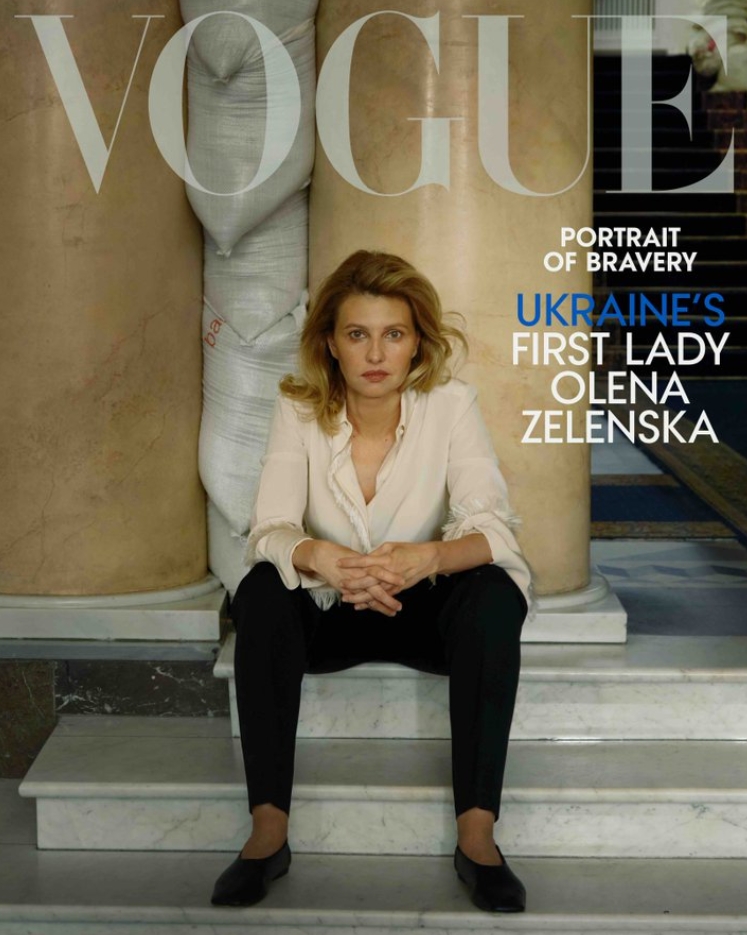 Zelenski and his wife share their views on the conflict in a controversial interview with ‘Vogue’ and warn that Ukraine needs even more support.

Among the ruins of a country at war, with bombed-out apartment blocks and streets showing the scars of barbarism, one of his most notorious couples since February 24, the one formed by Volodimir Zelenski and Olena Zelenska, has granted an interview to Rachel Donadio in the well-known fashion magazine ‘Vogue’. The images that accompany the text have been taken by the prestigious photographer Annie Leibovitz, but have sparked significant controversy on the internet as they are considered inappropriate given the current war context.

The couple, president of Ukraine and first lady, respectively, have been forceful when expressing their views on the war. “During the first weeks we were just stunned,” Zelenska, dressed in elegant clothes from Ukrainian brands, told the American media. “But after Bucha, we understood that this was a war to exterminate us all. A war of extermination,” she added.

A harsh message that Zelenska has repeated before Joe Biden and the United States Congress in the same way that her husband has addressed dozens of parliaments and authorities around the world. “Today I am asking for something that I would never want to ask for: weapons. Not to wage war against others, but to defend your home and your right to be able to wake up every morning in that same home,” she told US lawmakers. Before her members, Zelenska has compared the Russian offensive to the dystopian saga of ‘The Hunger Games’.

However, the first lady is optimistic, perhaps aware of the need to keep the morale of her compatriots high. “We are looking for victory. I have no doubt that we will prevail. That is what drives us.”

Until the end of February, Zelenska championed initiatives in favor of disadvantaged groups. In particular, in favor of children with special needs, healthy eating in school cafeterias or against gender violence. Now, however, many schools are nothing more than rubble from Russian attacks. In a country from which more than 9 million people have fled and where men between the ages of 18 and 60 must stay to help defend it, the concerns of pre-war times now seem minor.

Zelenska has chosen, in these circumstances, to lead a campaign to train ambulance workers, teachers, pharmacists and police officers to provide psychological assistance to victims of Moscow violence and their families. She herself has met some of the parents of the more than 200 children killed during the war. She figures that Zelenska already raises to 300.

“I will be very honest and perhaps not very diplomatic. Gas means nothing. Covid, even Covid, is nothing when you compare it to what is happening in Ukraine,” Zelensky said. “Do you think we can worry about gas or electricity prices?” she added, referring to the increasing attention that its Western allies devote to this issue and not so much to international aid to kyiv.

Both Zelensky and Zelenska grew up speaking Russian in the aftermath of a hopelessly languishing Soviet Union. It was not until later that they learned Ukrainian. For this reason, Olena rejects the Kremlin’s excuses to attack them. “When someone claims that there are no Ukrainians and that the Ukrainians are just ‘bad Russians’, we don’t believe it,” she said. “The people who were born in an independent Ukraine and are now in their thirties are a new generation. No one in Ukraine understands their reasons for invading us,” she has sentenced.

“If the world lets this happen, then it is not upholding its values. That is why we need support, a lot of support,” Zelensky concluded. 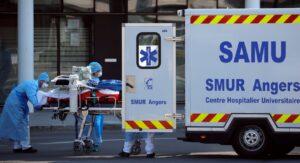 The Argentine government on Feb. 10 agreed not to impose a tax increase on agricultural exports or implement a grain...

According to an investigation by Catalina Suárez, a geologist at the National University of Colombia and a doctor in Paleontology...